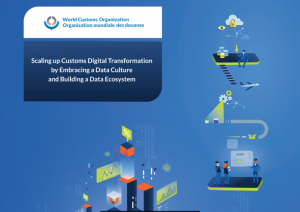 Congratulations to the Customs fraternity on this special day which has been designated as International Customs Day by the WCO. This year the chosen theme, “Scaling up Customs Digital Transformation by Embracing a Data Culture and Building a Data Ecosystem,” is very fitting as the pandemic has acted as a most powerful catalyst to force many countries to accept technology as a fundamental part of their business culture.
Digitization of all Customs procedures is the way forward and a strategy to exploit all data is critical to assist with decision making. Today every Customs administration has an automated system that facilitates online submission of cargo and passenger information and declaration processing. However, to maximize collected data usage, Customs must use technological solutions to enhance its effectiveness to ensure compliance. Therefore, Customs must quickly develop or adopt existing analytical tools and enhance departmental, human resource capacity to assist with the daily, functional usage of data in all border-related activities. 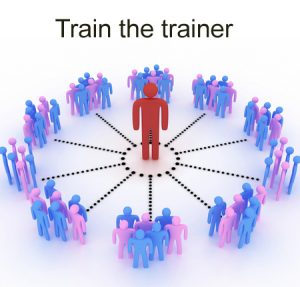 In the interest of building capacity, the CCLEC has commenced a train-the-trainer program, in collaboration with UWI Open Campus to develop the training skills of a cadre of regional officers. The main objective of the program is to equip officers with pedagogic skills to become professional trainers within their departments.  They will also serve as trainers for delivering CCLEC online courses among member countries.  The acquisition of skill, knowledge, and expertise provides the basis for the efficient and effective management of the operations of any organization. With limited resources to hire external experts, it is especially significant for small developing countries to develop their skills and become less reliant on external support.

CCLEC Pressed ahead with its 43rd Conference Despite the Pandemic 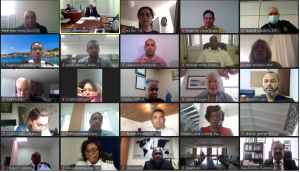 The Conference was preceded by a keynote address by Dr. Kunio Mikuriya, Secretary General of the World Customs Organisation (WCO).  In his address, the Secretary General emphasized WCO’s commitment to the region under the Small Island Economies initiative. He also announced the development of two new guidelines which will be beneficial to the region – a global data standard for cruise ships and a compendium of best practices in the cruise ship environment and guidelines on Disaster Management and Supply Chain Continuity. (WCO Secretary General speech)

Recognizing the impact of the pandemic on the global economies and the challenges facing Customs administrations to manage the borders during a pandemic, Council invited regional and international partners, to present on topics that were both informative and relevant to the current reality. 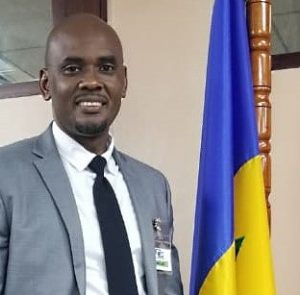 In St. Vincent and the Grenadines, the La Soufriere volcano is located at the northern side on the island.  After effusively erupting since December, 2020, it explosively erupted on 9th April, 2021 and continues to erupt explosively emanating clouds of ash throughout the island. It also generated pyroclastic density currents along the north western and north eastern valleys of the island. Thankfully, there has been no confirmed loss of lives. Nevertheless, it has left the island gloomy and desolate in some areas.

As a consequence of the disaster, the water catchment area has been compromised, adversely affecting the limited water supply. Six (6) members of the Customs and Excise staff have been displaced from their homes and are accommodated either at guest houses or with family members and friends. Members of staff are coping well despite being emotionally distressed. The airspace has been closed but the seaports are open in particular for humanitarian aid and normal business.

We are extremely grateful to the Caribbean Customs Law Enforcement Council (CCLEC) and our fellow Customs and Excise Divisions and Customs Sports Association across the Caribbean as well as other regional bodies for the expressed love, kindness and support during this difficult period.

The emergence of COVID-19 pandemic has disrupted face-to-face meetings and training globally and CCLEC, like many organizations, has had to adapt to this new environment.  This year a shortened version of the CCLEC annual conference was held via video conferencing from November 4th – 6th 2020, primarily to discuss the organization’s work program and finances. Attendance was restricted to member administrations. A total of twenty-nine member countries from the English and Spanish Caribbean region, France, The Netherlands, Spain and the UK participated in the meeting.

CCLEC continues to foster collaboration with law enforcement agencies and at this meeting Lt. Col. Michael Jones, Acting Director of IMPACS, and Mr Michel Nice, INCB Manager of Project OPIOIDS, were invited to make presentations on cooperation in respect of enforcement.

Lt. Col. Michael Jones, presented on IMPACS’ current work program, including a new initiative to strengthen the digital partnership between CCLEC and CARICOM IMPACS. One of the main objectives of this initiative is to operationalize the MOU between CARICOM IMPACS and CCLEC through the sharing of SailClear data. The project will expand access to APIS throughout the fifteen (15) CARICOM members states and enhance the processing of the SailClear API through stronger strategic and digital partnership with CCLEC.

SailClear provides border agencies with an administrative tool to assist with border security whilst facilitating the processing of yachts.  A lack of security for visitors to our shores, could have serious impacts on the regional tourism industry and general economies.  CCLEC therefore fully endorses collaboration with CARICOM IMPACS to secure the region’s borders.

An MOU with the UNODC/INCB to facilitate the sharing of intelligence on the sources and identity of dangerous substances and training for the region was also approved by Council. 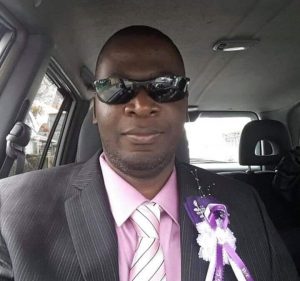 The Caribbean Customs  Law Enforcement Council laments the abduction July 10th 2020 and subsequent slaying of Antiguan Customs and Excise Officer Nigel Christian.   The brazen and brutal manner of his abduction and killing has left the Antiguan, Caribbean and International Customs community in shock.

We unitedly condemn his slaying and are confident that the Government of Antigua and Barbuda and its National Security establishment will employ all professional means, leaving no stone unturned, in exposing the perpetrators, their motive for this act in order to bring those responsible to justice.

This shows the level of risks that Customs, Police and other public officers are exposed to in serving the state and the public.   Officers are encouraged to continue performing their duties fairly, with integrity, without favour or fear for the welfare of their nation.

We express our deepest condolences and pray for the consolation of his immediate family, relatives and Customs colleagues.

CCLEC aims to develop and provide this tool to assist Customs Administrations in identifying and resolving revenue leakage and trade compliance problems that are impacting duty and tax collections, trade agreements and revenue management capabilities.

The developed Business Intelligence tool will access the stored ASYCUDA data and will generate reports, statistics and metrics needed by local administrations and their governments.

The CCLEC BI tool will provide the capability to manipulate and generate dashboards, key performance reports, calculations, metrics and benchmarks, all vital to drive their operation and work flows.

CCLEC’s Support to Regional Customs Departments Regarding the Coronavirus Threat

Customs, Immigration, Health and Quarantine officers, Ports Authority workers, passengers, crew and all persons interacting at Ports have legitimate reasons to be concerned about their health and safety in view of the Coronavirus threat to the Caribbean Community.

Permanent Secretary of the CCLEC, Albert Sandy, in an advisory to Heads of Customs and Excise Departments on Monday, March 2nd expressed confidence in the ability of the SailClear/RCS2019  vessel processing System to assist Customs, Immigration and Port Health officers in managing the coronavirus threat to Caribbean states.  The SailClear/RCS 2019 System which is already in use by Caribbean Customs administrations, from Bermuda to the ABC Islands, is a live, online administrative tool that receives, prearrival notifications from pleasure yachts and other small vessels arriving from any port in the world, intending to visit any Caribbean Port(s). That information received in advance by Customs is used to assess the vessels, crew and luggage before arrival or departure, enabling Customs, immigration or other authorities (using the Customs and health declaration) to determine how to treat the vessels and their occupants.  It also serves as a facilitation tool to expedite the vessel clearance process, without the need of masters and crew presenting handwritten declarations to Customs and Immigration authorities. 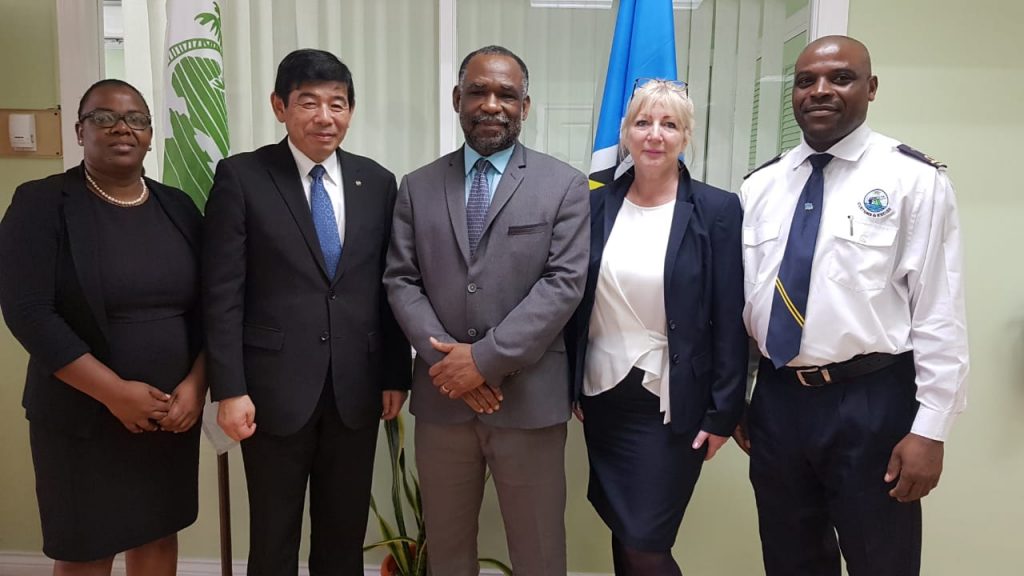 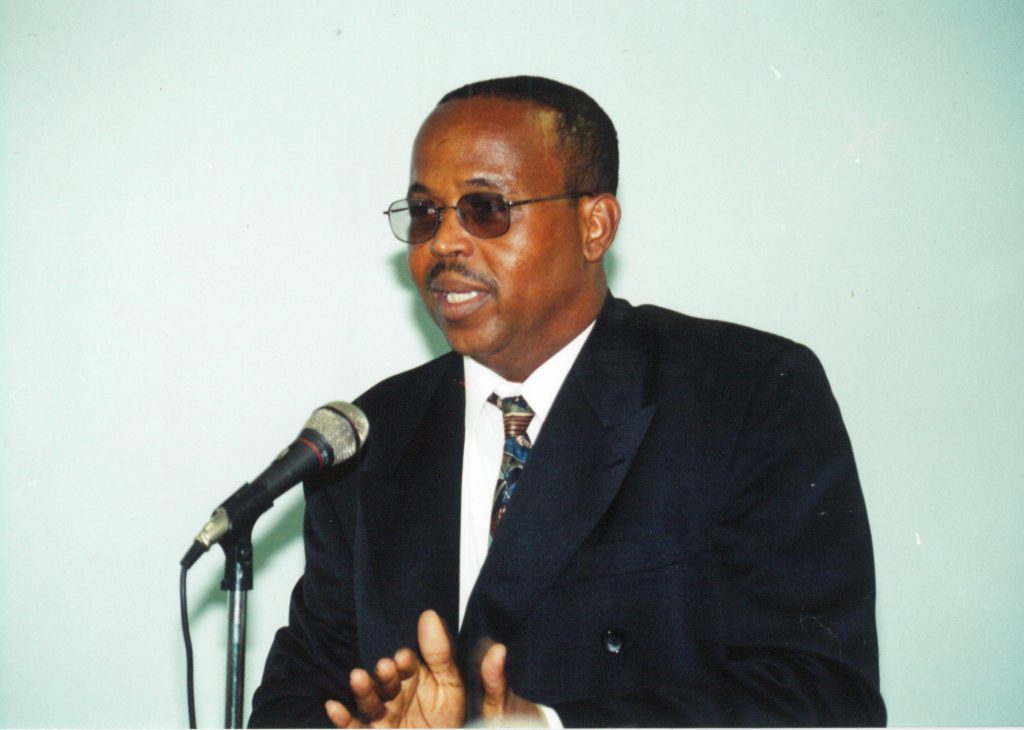 On behalf of the Caribbean Customs Law Enforcement Council, I would like to convey sincere condolences to the dear wife, family, friends and Customs fraternity of St. Kitts, Nevis and beyond, on the passing from this life of Mr. Donald Cable, retired Comptroller, of St. Kitts, Nevis Customs and Excise.

Mr. Cable signed the CCLEC MOU in 1994 and during his tenure as Comptroller, his support for the organization remained unflinching and resolute. The entire CCLEC membership benefited tremendously from his vision, practical engagement and personality at our meetings.

He was fully committed to CCLEC’s initiatives, including the successful implementation of the Junior Officer Basic Course in the region, the Regional Airports Anti-Smuggling Initiative in 2000 and in 2001.  He welcomed the CCLEC Consultants to implement the Enforcement / Roving Team concept in St. Kitts Customs.  This concept continues to be employed with success over the years, a testimony to his vision.  His various job portfolios, respect and support from the press and Governments, are testimony to the quality of person he was. A sterling example was he for civil servants to follow.

Please accept our heartfelt sympathy.  May he rest in Peace.