As announced previously, today (Wednesday, 1 November 2017) the Customs Department launched Phase 1 of its project to transition from its legacy IT Platforms to its enhanced IT Platforms.

Collector of Customs Charles Clifford said, “The transition will ultimately see the phasing out of the Customs Department’s legacy IT Platforms in favor of enhanced IT Platforms which are designed to ultimately deliver effective trade facilitation and exceptional customer service while maintaining effective border control protocols.”

Deputy Collector of Customs Kevin Walton, who has responsibility for the Customs Department’s Revenue Collection Portfolio, said, “Because this is a transition, those traders who may not be ready to use the new IT Platform which is being launched in Phase 1 today will have available to them our legacy IT Platforms which will remain live and available in order to facilitate a smooth transition within a reasonable period of time before the old systems are taken offline at the end of this year”

Collector Clifford advised that customers must come in to register on the new system in order to take advantage of it advances. Registration is necessary for compliance purposes. However, it is a one time registration and once you are registered on the new system you will be able to enter your declaration online from the comfort of your home or office. You will then receive an email from the Customs Department confirming receipt and advising that your declaration will be processed within 2 hours. Once your declaration is processed, you will receive a further email advising that your goods have been released and that you should come in to pay the duties and collect your goods or alternatively that your goods have been selected for inspection and you must come in to witness the inspection.

Security protection, health protection, and increased efficiency through advance cargo detection were just three of the primary benefits presented at the recently held meeting of the Advance Cargo Information System (ACIS) Implementation and Oversight Committee (IOC) in Barbados. The meeting which was held on October 17, 2017, represented both a collective and strategic approach by regional Customs administrations towards the implementation of an advance cargo information system which was conceptualized over a decade ago in harmony with the Advance Passenger Information System (APIS).

The committee which comprised representatives from Customs Administrations within CARICOM, along with overseeing entities, CARICOM IMPACS and CCLEC, engaged in the critical discussions over the one-day meeting, outlining the operations, opportunities, and objectives of the proposed project. Central to discussions were the benefits to be derived from a collective approach to implementing the ACIS project. These benefits stemmed essentially from the stability the Electronic Manifest Management ASYCUDA System (EMMAS), the robust platform for hosting the proposed ACIS.

By adopting a collective approach,  Customs Administrations are expected to see “data requirements minimized, harmonised and submission guaranteed through a single portal.” Added to this is “the opportunity to enhance cargo supply chain security through pre-arrival screening protocols and procedures to assess the level of risk and thus target shipments in a timely manner before their arrival or departure.” By contrast, the weaknesses of a singular approach would mean redundant investments in technology to adapt to country-specific needs and standards, as well as costs incurred through software licensing and operations. 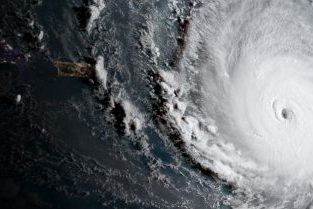 Hurricane Irma will go down in history as one of the fiercest in the region and no doubt it will be etched on the minds of those who experienced it for many years to come. The structural impact will not be known for some time now but the impact on lives will be unquantifiable and beyond anyone’s imagination.

The Secretariat has heard from Customs in Anguilla, Antigua and Barbuda, Bahamas, BVI, Cuba, Dominican Republic, Haiti, Montserrat, St Maartin, St Martin, St Kitts and Nevis  and Turks and Caicos and from initial reports received to date, while there has been significant loss of infrastructure, all Customs personnel are safe.

CCLEC extends its thoughts and prayers to all those who have lost loved ones and those who have suffered loss of property as a result of the passage of Hurricane Irma.

During the inspection of a shipping container a large quantity of ammunition was recovered amongst personal belongings.  Cayman Brac Customs Officers along with officers from the Royal Cayman Islands Police Service conducted a search of his residence where two unlicensed firearms were recovered.

Neither the ammunition nor the firearms were declared to Customs and they did not accompany a firearms import permit.

Acting Collector of Customs Jeff Jackson said “I wish to sincerely thank Cayman Brac Customs and the RCIPS for their collaborative approach to this detection and arrest. This is consistent with Collector Clifford’s and Commissioner Byrne’s policy to promote and facilitate joint operations by our two agencies”

A regional outreach event on promoting connectivity and trade facilitation through aid-for-trade was held on May 25-26, 2017 at the Sheraton Hotel, Miami.

The regional outreach event was jointly hosted by the CCLEC, the Inter-American Development Bank (IDB) and the World Trade Organization (WTO). The purpose of the event was to examine the progress and impacts of aid for trade facilitation and the aid-for-trade on promoting connectivity in the Greater Caribbean, and prepare regional input for the Sixth Global Review of Aid for Trade forum to be held at the WTO in Geneva on 11-13 July 2017. In attendance were number of WTO and IDB English and Spanish countries from the region. U. S. Customs and Border Protection agents have arrested a 33-year-old woman who was rolling around Kennedy Airport with a motorized wheelchair filled with cocaine, officials said Tuesday.

Yoncela Stanley had just landed in the U.S. on a JetBlue flight from St. Lucia on Sunday when Customs and Border Protection officers noticed something was wrong with the chair’s back seat cushion.

Stanley appeared nervous when she presented her baggage, prompting Customs agents to bring over a K-9 dog. The dog alerted the officers to the contraband, authorities said.

When the agents removed the cushion, they found it unusually heavy — probably because it was filled with more than 10 bricks of cocaine weighing about 27 pounds, officials said.

The drugs had an estimated street value of $468,000, officials said.

Stanley was charged with federal narcotics smuggling and was ordered held on $50,000 bail during a brief arraignment Monday in Brooklyn Federal Court.

“This latest seizure demonstrates the vigilance of our CBP officers, and their excellence in detecting those who would try to smuggle these illegal substances,” said Leon Hayward, acting director of field operations New York. 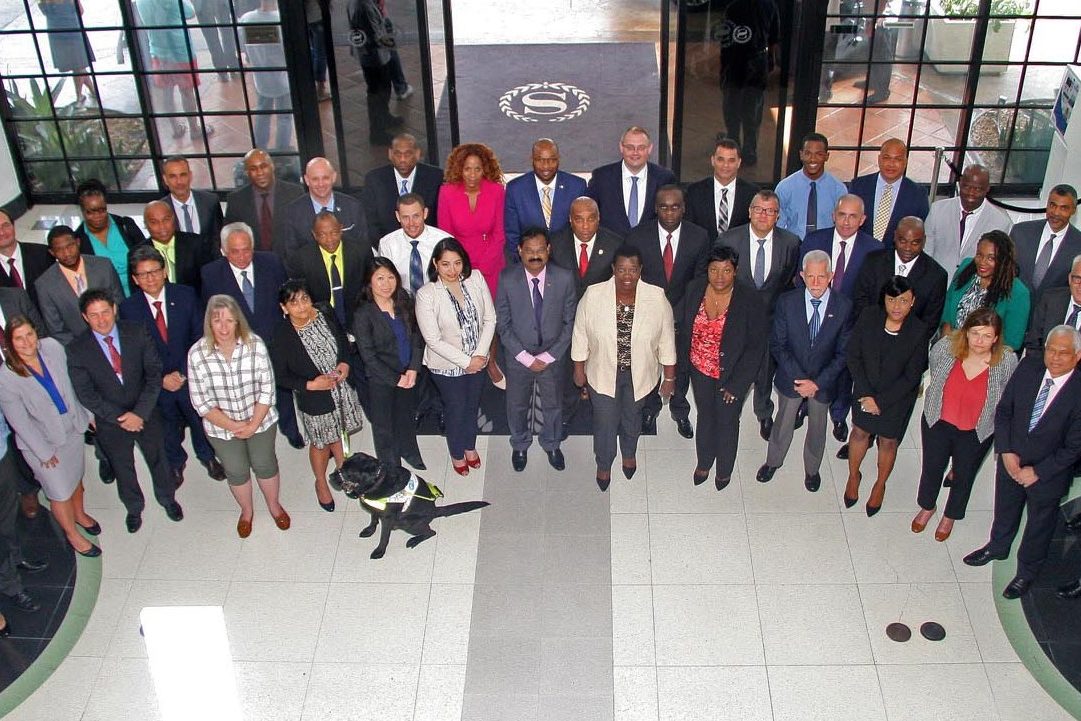